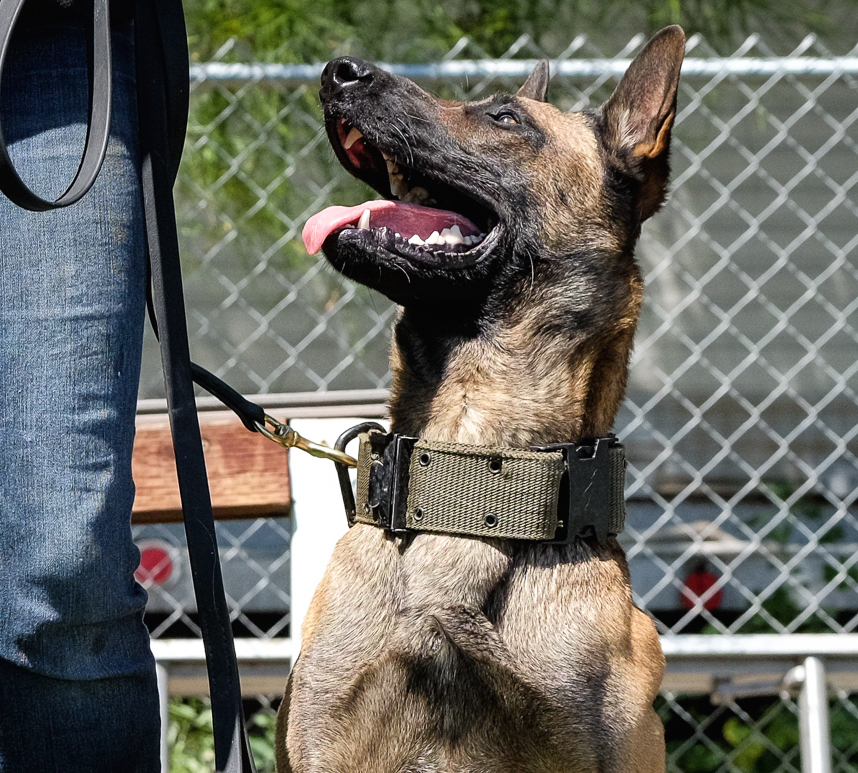 She peered down at her dog lovingly, shoulders tilted slightly so she could grab his eyes with hers and hold them.

“Au pied,” she called in a strong tone that completely negated the soft French words meant to instruct the dog to Heel.

The dog shifted slightly to take his position, gazing up at his owner as the two seemed to stare into each other’s souls.

Then, they began moving.

Her pace was quick and the dog kept up, marching rhythmically in time with his owner who still had his eye contact captured by her stare. She stopped, dropped a toy reward and the two began to play, the once stern tone in her voice relegated and replaced with shrieks of happiness and delight as the two engaged in a rigorous game of tug.

She turned to me, seeking my instruction, glowing with pride at her dog’s performance.

“Awesome work!” I called from across the field. “Now, try it standing up straight!”

She stared at me inquisitively, confused for a moment at my request.

I went on. “Your shoulders were tilted so you could better maintain eye contact…. try standing straight this time around.”

“Oh!” she laughed as she made her way back to me, her dog tugging on the toy she gripped in her hand. “I didn’t even realize I did that!”

She lined her dog up a second time ready to practice the heel again. Glancing back my way, she said “Glad you caught that one, I wouldn’t want to lose points because of something stupid I was doing!”

I smiled and nodded, cueing her to start her work. As was habit, she leaned over, and with a quick clear of her throat and a nervous laugh she righted herself before setting off to practice the routine. 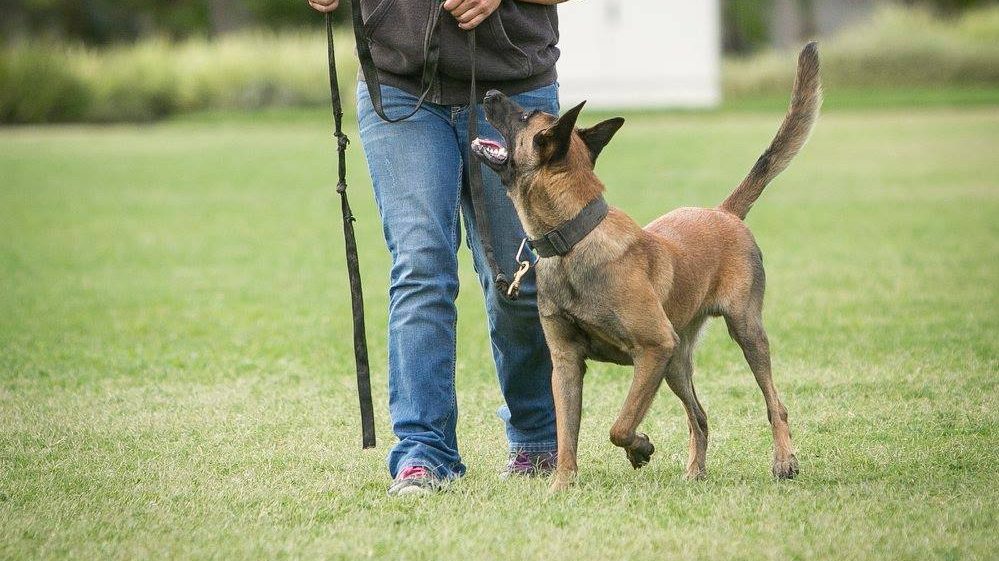 They moved in time, much as they had on their first attempt, the pace slightly more awkward as the handler struggled to maintain her new position, her body threatening to lean over, her eyes longing to look at her dog.

After a few steps, the dog began to swing wide, his rear shooting out left while his head began to wrap more and more around her leg. He forged, then lagged, then forged again, flaring out his rear end with every forward step, and regularly losing focus.

She stopped, readjusted, stood up straight and the two were off again.

Again the dog swung wide, walking at a 45 degree angle to his handler, threatening to forge and wrap further with every step she took.

Clearly frustrated, she slowed, helping the dog find his “correct” spot so she could end the exercise on a good note.

She made her way back to me, the pride that once overtook her expression now replaced by complete exasperation.

“That was a mess!” she said as they finally got within earshot, realizing within the quick lesson that her dog didn’t understand the heel quite as well as she had originally thought.

I encouraged, “It’s a common mistake. But dogs are constantly watching our body language. We can quite easily get ourselves into trouble with habits we don’t even know we have.”

Here’s the thing. Dogs cue like crazy to our body position. More than we could ever imagine. So it’s no wonder that, since we rely more heavily on the spoken and written word, paying little mind to the messages our body language is sending, we make all sorts of inadvertent movements when we train our dogs.

Most of the time, a little slip of the cue, and a little gesture here and there doesn’t matter much. But when you are striving for precision, for a level of obedience that you can be competitive with, you need to be fully aware of your body language, and at times, you’ll need to fight your instincts to move your body in order to make sure your messages stay clear.

Here’s what you can do:

That day at the park, the handler thought she had taught her dog what her heel command meant. But really, her dog was cueing to her body position and when she made a seemingly subtle change, the dog became confused, constantly searching for the eye contact he was so used to getting, and becoming frustrated trying to perform something he didn’t really understand.

Listen, I said it before and I’ll say it again, your dog will always pick up on your body cues more than your words. So if you are teaching anything new, make sure your movements aren’t sending mixed messages and be sure to cut out any extra gestures or changes of posture. While you may swear your dog knows what the word “Fuss!” or “Heel” or “Au Pied” means, you might just be cuing him with a body movement causing your words to literally fall on deaf ears.

Spend time teaching your dog the meaning of your words…without the extra physical cues. And keep yourself honest by videoing and playing back your training sessions with a focus on YOUR movements. By paying close attention to your body position, you’ll add more comprehension to your work, your mixed messages becoming clear as your dog starts relying on your commands instead of your movements.

Getting precise body position isn’t just something your dog needs to master. If competition is your goal, it’s time to take a hard look at your own body language to be sure you are keeping your training clear.

2 replies to "Mixed Messages: Getting Clear on Your Body Language when Training for Sport"