“Out!” I called, holding the toy firmly in one hand as I spoke the word, a lead in my other hand attached to the dog in front of me.

I wanted to know exactly what I was dealing with. I knew this particular dog had been taught an “out”, but I also knew his understanding and execution had been conflicted, so I wanted to take a moment to orient myself on his playing field.

As I expected, the dog failed to heed my command, not wanting to let go of the toy that was pressed between his jaws.

“Noted,” I thought to myself as I continued our session.

This dog was selfish. He had learned over his life to own toys, to possess them, and not to share. He didn’t want the game, he wanted the prize. And once he won his prize – good luck getting it back!

As such, he preferred balls over tugs, the round toy fitting perfectly in between his massive jaws, leaving nothing exposed for me to grab hold of. He didn’t want to retrieve, although he’d come back half way at times to (unsuccessfully) taunt me into a game of chase.

The problem with this dog was a few fold. First, he was HUGE, and he knew how to throw his weight around. If he wanted something, he had no problem taking it, and that meant that using a visible toy as a reward could be a painful endeavor. In addition, if he found a toy that he could fit in his jaws and gallop off with, he’d shove it all the way to the back of his throat, trying to find another toy to squeeze in on top. Funny to most who see it, but terrifying for me who has heard all too many stories of dogs choking.

Without an “out” and with a play style wrought with conflict, toys became tricky rewards to use in training. Sure, I could get one beautiful fit of “focused heeling”, but once the reward was achieved, where would we go next? 20 minutes of trying to get the toy back? I don’t think so.

Now, I like to consider myself a pretty fair trainer.  I’ll never clobber a dog for not letting go of a toy when I ask, especially if it isn’t something that I’ve taught him to do. I’d much rather teach the dog to WANT to let go of the toy, and I work hard to fully eliminate the conflict from my game.

In a perfect world, I’d teach the “out” much like I did with my dog Shank and with many other dogs I’ve worked with over the years. I’d teach him first and foremost to love the game of tug (with an actual tug). I’d eliminate all conflict in my game and teach him to want to play with me more than anything else – that I’m the most interesting and exciting thing in his environment. Then, I’d take the game away, stop playing entirely, encouraging the “out” and rewarding success by starting the game back up the moment the dog complied.

That worked well with a young dog. A dog that I could manage easily…one that didn’t have a year and a half worth of reinforcement history under his belt. But with this dog, I have a lot of things working against me, most notably, his size and the fact that I run the risk of taking a serious accidental bite should I not gain control quickly enough.

After just a few short weeks of interacting and working with the dog, here are some things it’s safe to say he has learned in his first few years.

By playing with him once or twice, I was able to assess his outstanding issues. I identified the problems in the game and the areas where he felt conflicted, and I was able to develop a plan of attack.

Here’s what I did: 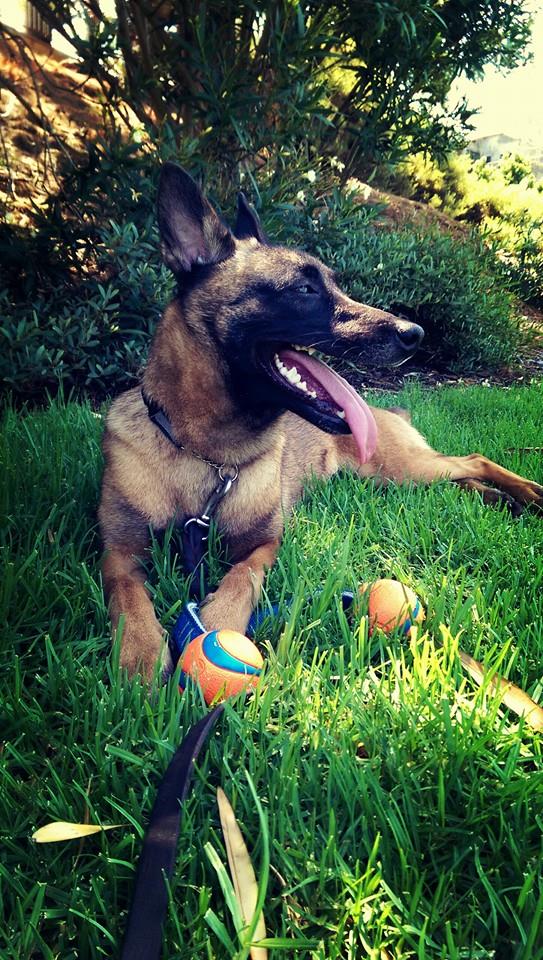 The moral to this story is that every dog is different. Approaching each dog with the same training methodology is ineffective and can be downright dangerous. Had I treated this new dog the same way I had treated Shank when I was raising him, my “outs” would have been dirty and full of conflict. For that reason, it becomes critical that as trainers and handlers, we are always reading the dogs at the end of our leashes and that we are fully prepared to pivot and abandon our common practices if that’s what’s best for the dog.

Second, in any training, we need to become detectives, getting to the core and fully understanding the wants and desires of the dogs we are working with. By understanding what the dog wants, we can use it effectively in our training. Sometimes, we can change the dog’s wants if we get really strategic, but more often than not it’s easier to simply go with it and use the rewards our dog is after for our training benefit.

With the new dog, I will use his wants and the rewards he is after to condition some pressing behaviors quickly. Safety is key, and I need to get control fast. In a perfect world, he’ll learn to like the tug better than the ball on a string, as that is what I prefer. And I’ll work hard to get him there since that suits MY wants and needs. But at this stage, I can’t be reckless, projecting my wants and needs on him. I won’t reward him with a game like I so often do with other dogs, because that game isn’t what he wants. And if he doesn’t want it, using it as a reward will be wildly ineffective.

If you are using tugs or toys in your training, get clear on your dog’s wants. Keep an eye out for conflict in your game, and take note if you spot it. (Read about recognizing and combatting conflict HERE) You can opt to either use what your dog wants or change what your dog wants, but just know, the latter is an uphill battle that most would rather not fight.

Tug games are naturally conflicting. They start out as a very you-against-me game of who will win an object. For that reason, games of tug and the “out” command that goes along with it tend to also be tricky to get a handle on. By getting clear on your dog’s wants, and by learning to recognize and minimize conflict in your game and on your “out”, you’ll stand a much better chance at conditioning the behavior in a fair, clean, and effective way.

1 Response to "Reward it Right: Assessing Your Dog’s Wants for a Conflict Free Out"