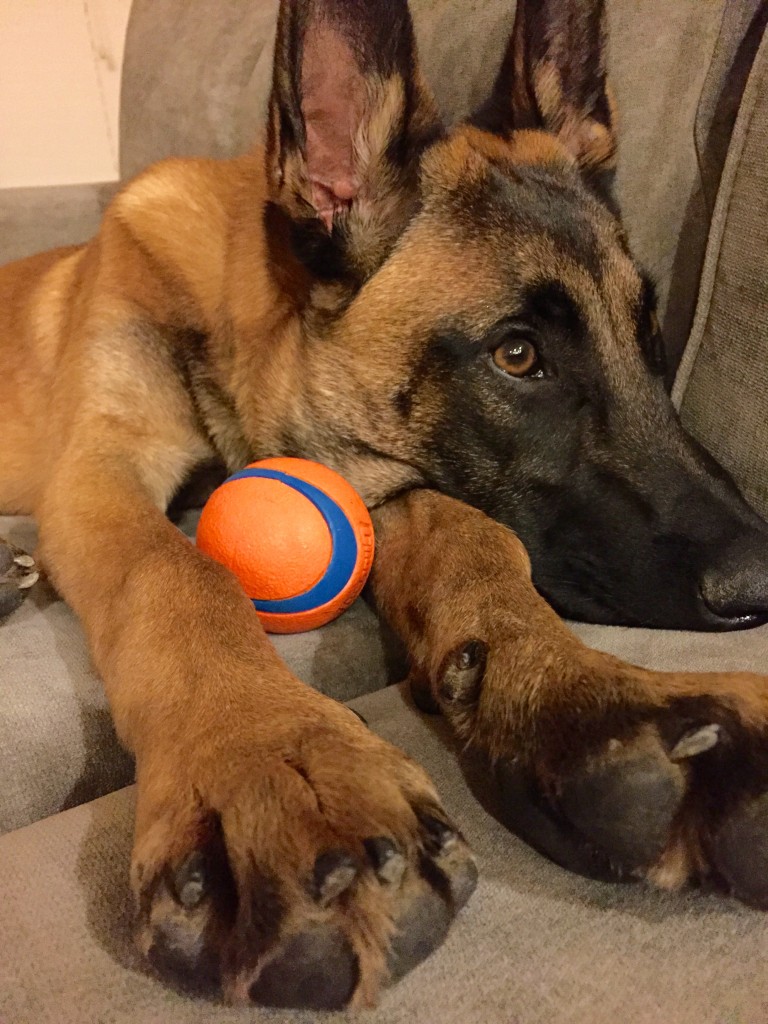 The puppy barreled towards me. As he caught a glimpse of the toy in my hand, he was barely able to keep his own massive paws from tripping him as he threatened to plow into my knees, the promise of play dangling in front of him.

I had only known him for a short while, but one thing was certain – this dog LOVED his toys.

He leapt through the air, trying desperately to rip the tug toy from my hands, and as his excitement peaked, I threw it across the yard, the toy bouncing off the far wall and landing firmly in the grass below.

The moment it was thrown, the puppy was on it. Like a bullet, he launched for the toy, just barely missing it as it left my hand, and as it traveled through the air with speed, it seemed he was only inches behind.

As he raced towards the wall, he didn’t slow. Instead, he skidded at the very last moment, waiting until he had the toy secured in his massive jaws before sliding to a stop, bouncing off the concrete as gracefully as a puppy could.

The prize was his!….And now that he had won it, he wasn’t about to let it go.

Toy in mouth, he proudly paraded to a corner of the yard, tail rigid and erect, his steps more of a victory prance than a trot. Collapsing in the shade he enjoyed his prize, guarding it diligently.

As I approached, he retreated to a new spot, effectively evading my attempts at re-engaging play for fear that I would steal his newly acquired tug. It was his, and he didn’t want to share.

Some dogs retrieve naturally, the game of fetch and return hardwired into their genes and barely breakable. Others LOVE toys but tend to be a little more selfish. Instead of being natural retrievers, these dogs prefer to “own” their prize. The reward of winning is all they seek.

Believe it or not, being selfish can be both a learned behavior as well as a genetically inherited one. In a litter of working puppies for example, each pup can have a drastically different play style, some naturally loving to retrieve while others preferring to retreat to a shady spot after winning their toy. On the other hand, I’ve seen many young puppies as well as adult dogs learn to be selfish as a result of some inadvertent mistakes their handlers make in their training.

Are you teaching your dog to be selfish?

If you find that your dog values winning the toy and retreats with his prize rather than bringing the toy back to continue the game, you might be reinforcing selfish behavior.

When playing with your dog, here are some questions to ask:

If your dog already displays selfish behavior, whether learned or inherited, here are some techniques you can use to combat the behavior. 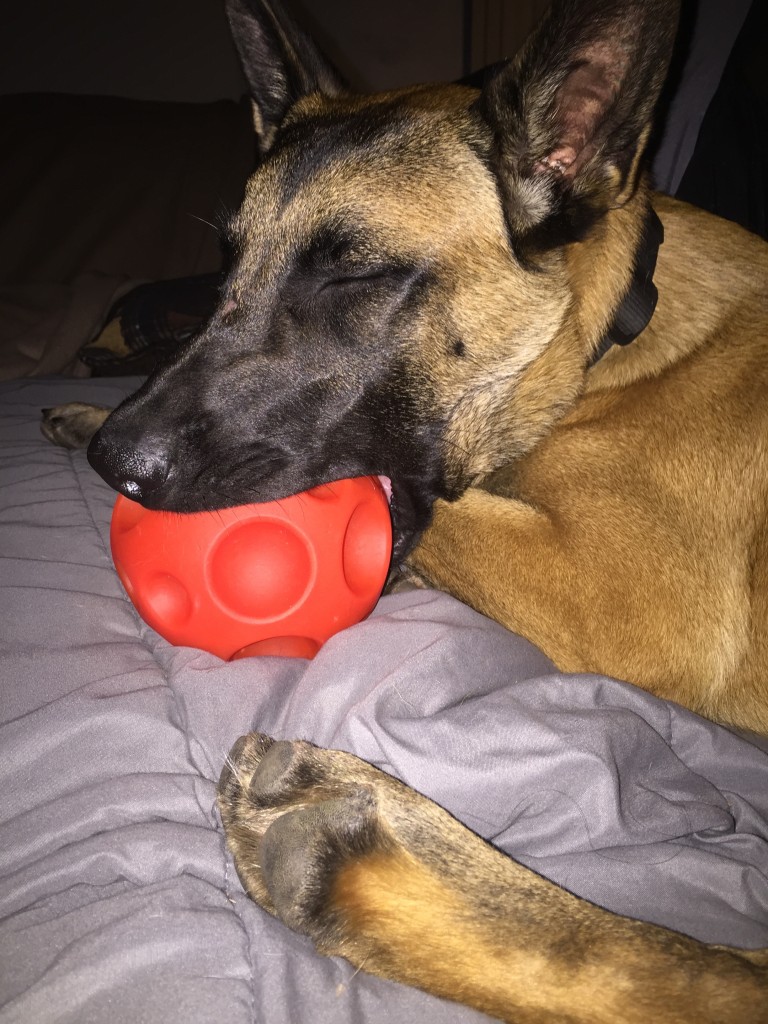 Whether your dog has learned to be selfish or the trait is inherited, you can absolutely turn a selfish dog around.

The puppy in the story was actually my own puppy on the day I brought him home. He showed me his selfish side the instant he walked in the door, taking on a “what’s yours is mine and what’s mine is mine” attitude towards anything and everything he found valuable. His selfish behaviors weren’t random – they were learned from exchanges with inexperienced handlers who were always “stealing” his prized possessions. But with a little TLC, a little reprogramming, and a lot of patience, this once-selfish pup now approaches play in an entirely different way.

If you met my dog today, you’d see an engaged puppy who wants nothing more than to play….with me. He wants to share, because bringing me toys results in games that he enjoys, games that are far more interesting than chewing on the prize in the corner of the yard, games that are more fun than running away with no one chasing behind. The games he makes on his own pale in comparison to the fun we have together and because he knows that now, not only can we more effectively use toys and games in our training to maximize our engagement, but we have a far better relationship both on and off the training field.

4 replies to "Sharing is Caring: Are You Making Your Dog Selfish?"