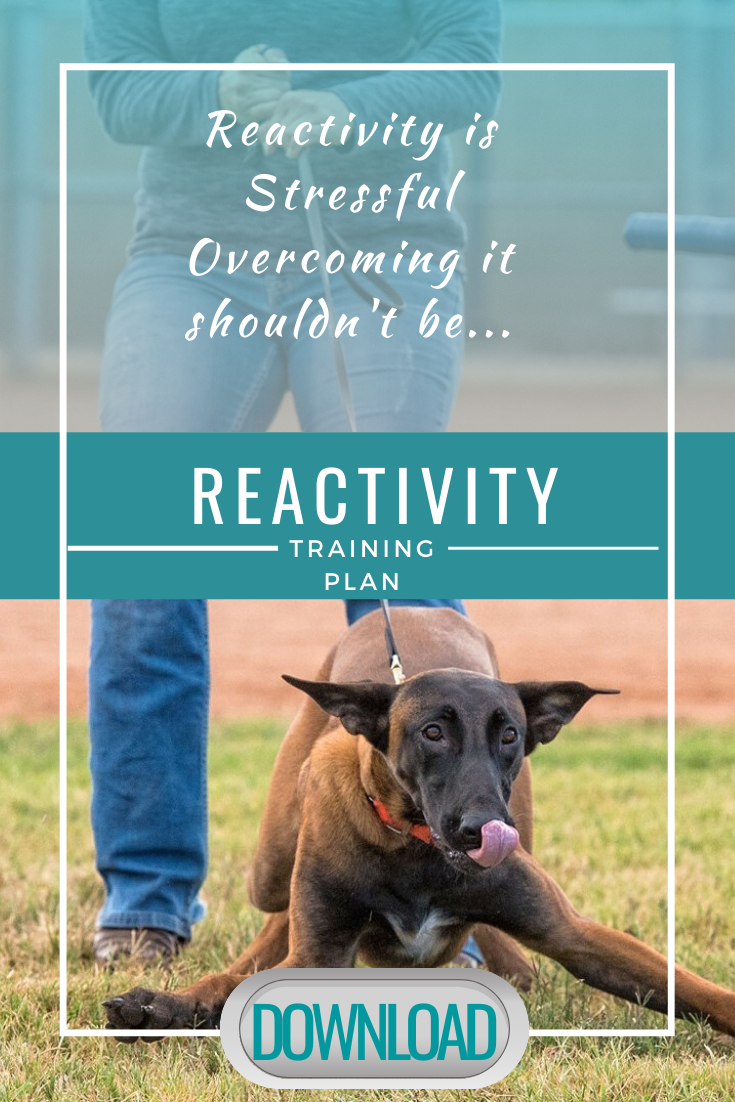 Do You Have A Fearful Dog?

Get our Reactivity Training Plan FREE

We lovingly call him “Bones”…

And he arrived at our house last week for a little bit of help to learn to be brave.

You see, Bones is one of the biggest chickens around.

So much so, that I think if you examined his bloodlines closely, you’d find a tiny Easter Egger somewhere in his lineage. (Someone was clearly hoping to breed in the bravery of a rooster and instead, what they got was a chicken-dog who struggles to cope with the world around him.)

His owners loved and cared for him quite well, but struggled to break through what is one of the more severe cases of fear and anxiety I’ve seen in awhile.

He didn’t lack socialization or training.

His fear is part genetics, part experience, and part very well-intentioned  folks struggling to figure out how to deal with those genetics (you can’t blame them – this is a tricky case!).

And the thing about Bones is, he spent 98% of his life tucked in the back of his crate, hiding from the universe, swearing the sky was going to fall on him at any given moment.

He’d come out for brief moments, to use the bathroom or to eat.

But as soon as there was any movement, he’d shoot back into his crate as quickly as he could get there.

His fear was so bad in fact, that it was recommended he be euthanized only because his quality of life was so poor.

These are the types of dogs I live for.

True to form, when Bones arrived at our house, he was the most terrified…well…bag of bones…I’d ever met.

He wanted to quake in his kennel…but he couldn’t relax enough to move.

Instead, he remained a statue, frozen in fear, so stressed that with any movement, he’d promptly evacuate the contents of his stomach, and vomit all over the grass, or the living room, depending on where he was.

In the entire time he lived with his owners, he wouldn’t come close.

And if in a rare moment of bravery, he did get close enough to touch, he’d dart the moment anyone moved.

In fact, by Day #3, he was snuggling on the couch with me as I drank my morning coffee…

Now, he is playful and can regularly be found relaxing on a dog bed (not hidden away in his crate) chewing a bone…

And we even got him to play a little ball.

Bones is still a chicken. There is no doubt about that. But he’s come farther in 7 days than he has in his entire life…

So how did we make such progress?

What magic did we use to get Bones to turn around…and fast?

The formula is simple.

We just didn’t allow the chicken to stick around.

Here are a few of the things we did.

(Note: Do NOT try these things at home. If you have a dog that is overly fearful, first consult your veterinarian and then, find yourself an in-person behaviorist for help).

We still have a ways to go to help Bones fully recover from his fear. But the progress he’s made in such a short time tells me we are well on our way.

If you are faced with a dog that’s overly fearful, first, check with your vet. Make sure there aren’t medical reasons fueling your dog’s behaviors.

Once you get the all clear, find a local in-person behaviorist to help guide you.

And most importantly, make sure you aren’t trying too hard to win your fearful dog’s attention.

Instead, live your life…your REAL life (not the overly-cautious-try-not-to-scare-the-dog life you might instinctually create) and let your dog get used to it.

Don’t force interactions, or beg and plead for your dog’s attention, but don’t let them escape the world either.

Because being in the middle of everyday life is the quickest way for a chicken dog to learn that the sky isn’t falling after all.

7 replies to "The Sky Isn’t Falling: Teaching bravery to a fearful dog"