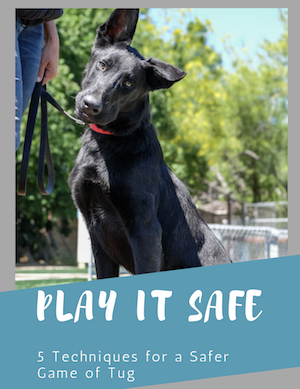 Get our free eBook learn how to play a safer, more empowering game of tug.

Learn how to Play Better for YOUR Dog

Get your FREE eBook and learn 5 techniques for playing a safer game of tug. 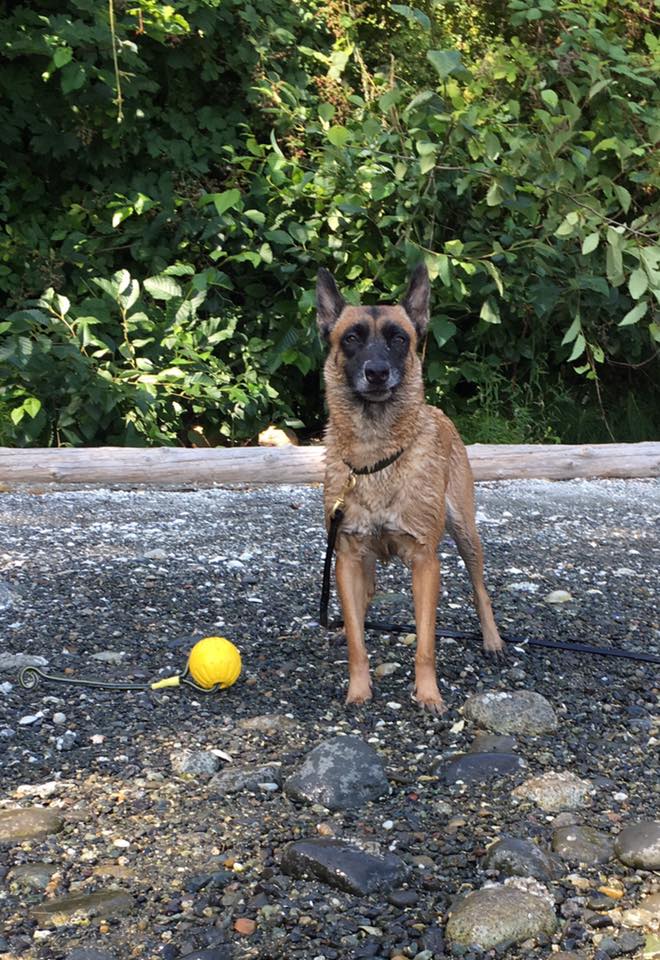 She stood, fully armed. Prepared for a day of fun at the beach. In one hand, she had a chuck-it – a plastic contraption designed to launch a tennis ball to the moon without much arm strength. In the other, she had a tug toy. She figured, if her dog didn’t want to chase the ball, certainly she could get him to play tug with her.

And slung over her shoulder was a backpack full of poop bags, water bottles and a plethora of other toys she’d snagged from her dog’s toy box.

She was completely prepared.

The dog pranced happily at her side as the two made their way down the sand. She unclipped the dog’s leash, loaded up her chuck-it with a fresh tennis ball and gave it a launch.

The dog trotted after it, but halfway down the sand, some stray seaweed piqued his interest. He became distracted and he forgot the thrown ball even existed.

She grabbed her tug toy and shook it at him. “Come on,” she taunted, “Let’s go!”. She walked over to him and shook it again, pushing it in his face to capture his attention.

He looked at her briefly and trotted off. The toys in her hand were no match for all the sights and smells at the beach that day.

Does it really matter?

Her dog didn’t want to play with toys that day at the beach. He was much more interested in the sand, the seaweed, the other dogs, and the parasailers.

But does that really matter?

If dogs generally enjoy playing with toys, toy play can be a tremendous asset in your training toolbox.

Toy play is invaluable for boosting engagement and building your relationship, and it can be an incredibly effective reward when you practice your training. Not to mention, toy play is a great way to get your pup exercise while working on strengthening your bond.

And the great news is, if your dog is interested in toys, even just a little bit, you can absolutely build their motivation and drive for them.

So what went wrong?

Their dog likes toys…but that “like” isn’t enough to compete with the surrounding environment.

1. The toys had no value 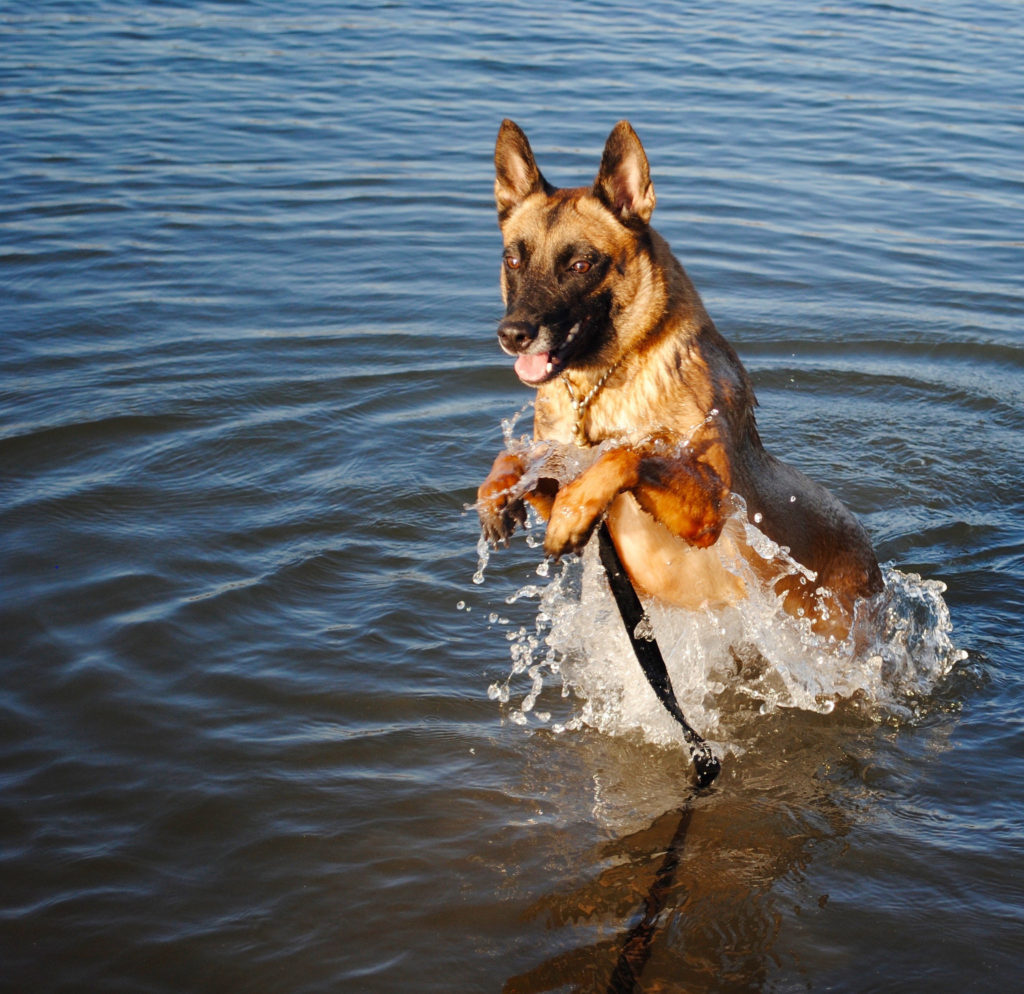 I mean, I like chocolate but if I ate it 24/7, it would quickly lose its value. Our dogs are no different.

If they have full access to their favorite toys and can chew on them whenever they like, why should those boring old toys hold their attention in new places with new things?

If your goal is to build motivation for toy play, don’t give your dog ready access to their toys. Instead, pick one or two toys that you’d like to use in exercise and training, and put them away. Only bring them out during dedicated play sessions with you, and put them away as soon as you are done playing. This will help the toy hold value in your dog’s eyes.

Rather than having her dog commit to the thrown toy, she switched toys, trying to find one her dog actually liked.

Listen, before you go somewhere new, figure out which toys work best for your dog. And when you throw those toys for your dog and they turn their nose up, don’t instantly give them something new.

Not only will this teach them to be picky about their toy choice, it will also keep them from committing to a toy that’s been thrown or presented.

One toy. One throw. Commit. And play. You can trade toys when your dog brings one back. But if your dog doesn’t engage with the first toy you threw, don’t try with another.

3. She shoved the toys in the dog’s face

Toy play is rooted in our dog’s natural instinct to hunt and catch prey. As such, toys must mimic prey to be “fun”.

But when was the last time you saw a rabbit dive willingly into a dog’s mouth?

And how often do YOU like having things shoved in YOUR face?

I bet the answer to both questions is “NEVER!”

For toys to really activate our dogs, they need to escape, get away and mimic prey items. They need to MOVE to be fun. So get that toy moving!

4. She threw the ball too far

There is no reason for you to throw your ball or toy 100 yards down the grass, field or sand. If your dog is lackluster with toys, making them work this hard to get their toy is setting them up to fail.

Instead, keep your throws short and quick to keep your dog’s attention. And if your dog loses interest after throwing the toy, you can race them to it a few times (always letting them win) to help keep them motivated.

5. She took it to a really distracting place

Going to a really distracting new environment, where there is a LOT competing for your dog’s attention can be tricky if your dog is just so-so about toy play.

Instead, practice in quiet settings that are familiar and really get your dog’s motivation up. Once they fall in love with the game and their favorite toy, you can start venturing out into new areas, making sure to keep it easy to start.

And make sure that whenever you go to a new environment, you INCREASE your energy. Play, praise and have fun with your dog.

Toy play can be invaluable for boosting your relationship with your dog, and for increasing engagement. And I’m here to tell you, your dog can successfully learn how to play with toys if you are willing to get active and energetic with them.

So get out there, throw caution to the wind, and have some fun with your dog.

If you’re not sweating when you’re playing with your dog, you’re not doing it right.

10 replies to "Throw Caution to the Wind: 5 Simple Steps for Boosting Your Dog’s Motivation for Toys"